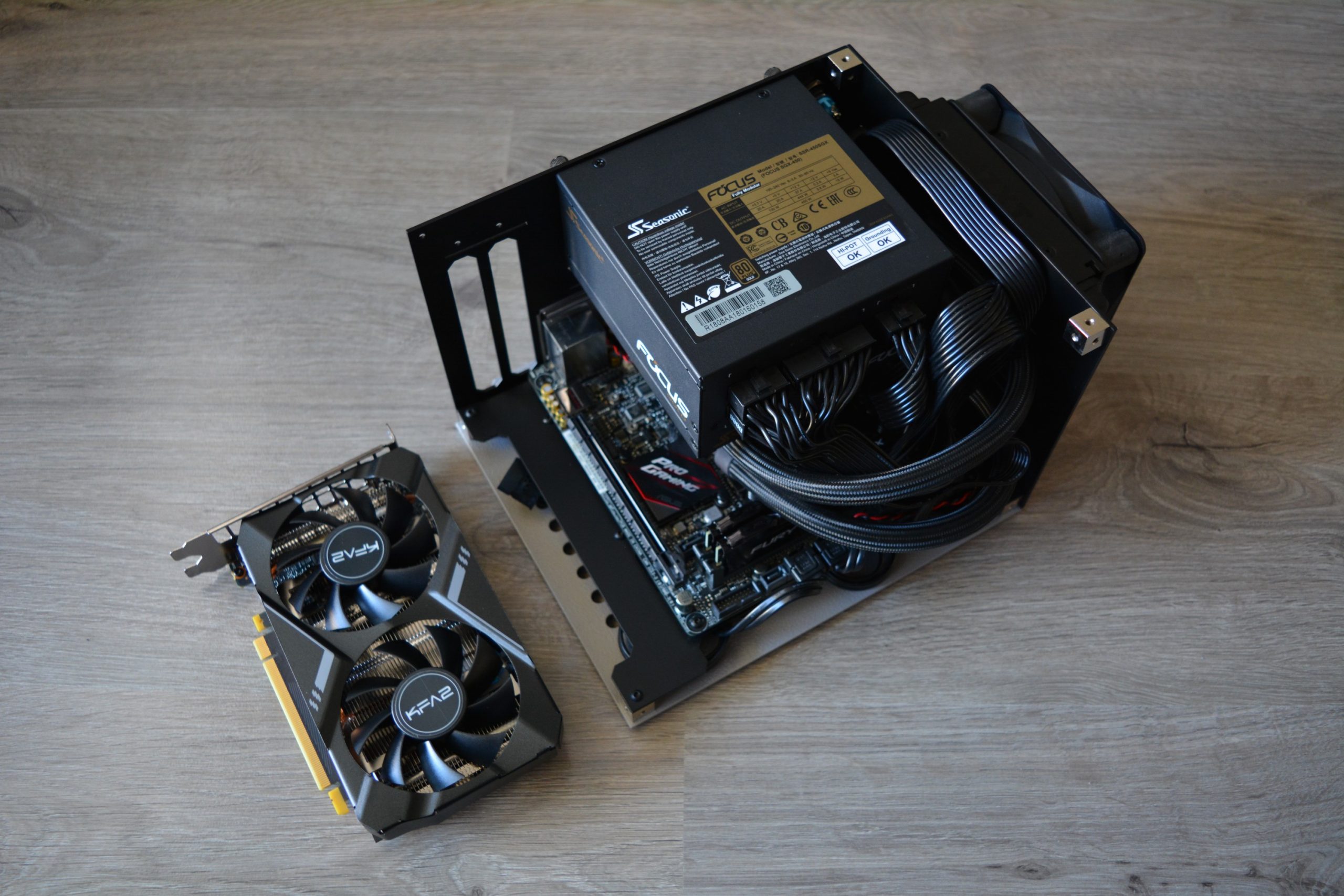 I wanted to try out an OC build ever since I got the first proto of the HUMBLE case and althoug I know that the real SFF genre is not about overclocking I was still really curious what kind of thermals and noise do I face when building and overclocking in this case.

The core of the build is the Intel i7 6700k with a base frequency of 4.0 GHz. This is a 91W TDP chip out of the box so I knew immeadiately that regular air coolers wont be enough this time.

To yet again show off the case’s moddability I went with a 120mm AIO watercooler from NZXT.

Becouse of this reason one of the side panels had to be modded to accommodate the radiator and fan combination of the AIO.

I did not go for flawless looks as I just started this as a trial build so I did not paint over the cut marks and covered the mangled side piece in some easy to apply vinyl wrap.
The rest of the build is pretty regular. Paired the 6700k with 16GB of DDR4@2400MHz and a RTX 2060 Super from KFA2. 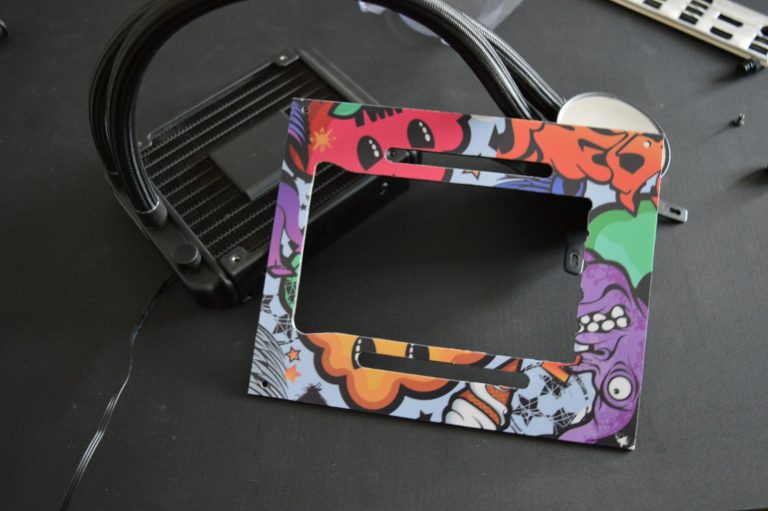 After the first boot I overclocked the CPU to 4.5 GHz and the RAM to around 3000MHz with a timing of CL17 without any issues whatsoever. The GPU was factory OC’d so I did not tuch that.

Installing windows went whitout any issues and after running the stress tests for 3 hours straight I deemed the PC stable as a rock.

Hooked up my 3440x1440p ultrawide panel at 144Hz to it and tried out some games which as expected ran flawlessy. Most of them at or near the refresh rate of the panel and the more demanding ones well above 80FPS average.

Even though this started as a trial/test build I was so hooked that I used this machine as my main rig for the past 5 months now and I really don’t see the point to switch to anything recent just for the sake of it.

This Skylake powerhouse in sub 6.7 Litres is exactly what I look for in SFF builds.

Below you can find photos of the build process.