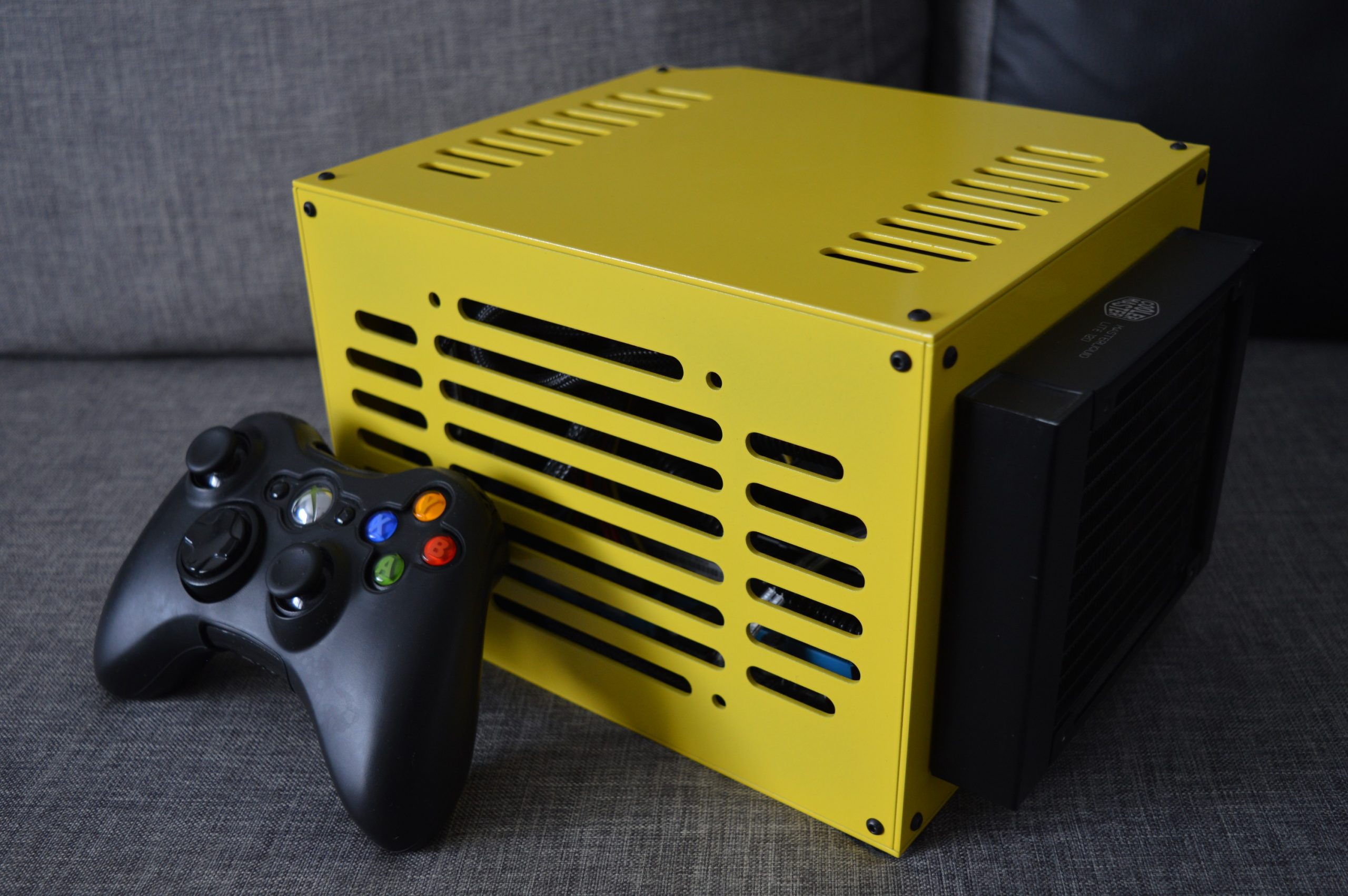 When designing HUMBLE the main goal was the smallest modular case to fit ITX hardware relatively comfortably. This alone already dictated low profile air coolers and the idea of water cooling was not even a question. Among many other reasons the most obvious one is the lack of free space to mount a radiator.

Very small modular systems and water cooling just do not mix in my opinion. Not even with All in One coolers. But still it is a long time growing trend in PC building and although I don’t like fluids around my electronics I was still curious if I could manage to do it and fit an AIO without heavy modifications or without altering the main structure of the case.

I was in a need for a secondary rig that is ready to use right away if anything happens to my main PC so this was the perfect opportunity to try to watercool it. I happened to have my old i5-3570 (non K) around and figured it would match my needs as a backup machine. Afterall it was the strongest standard i5 at the time! Although this chip is “only” rated at 77 W TDP beeing more than 65 W will give me a picture about the possible benefits and backdraws of cooling higher TDP chips in HUMBLE with water.

Since most of the hardware was already available from this old rig of mine I started to plan out the build. For starters I needed an AIO. Since I did not want to spend much on an experimental trial build I went with a second hand Cooler Master MasterLiquid Lite 120 cooler. As it is a 120mm radiator I was certain I could fit this on the side panel.
The concept was the following: radiator mounted on the side panel from outside while a slim 120mm fan mounted on the same panel from the inside as would normally go with chassis fans in HUMBLE. In this scenario the fan pushes air from the inside through the radiator to the outside. The fresh air gets in the case via the many cut outs on the case panels. 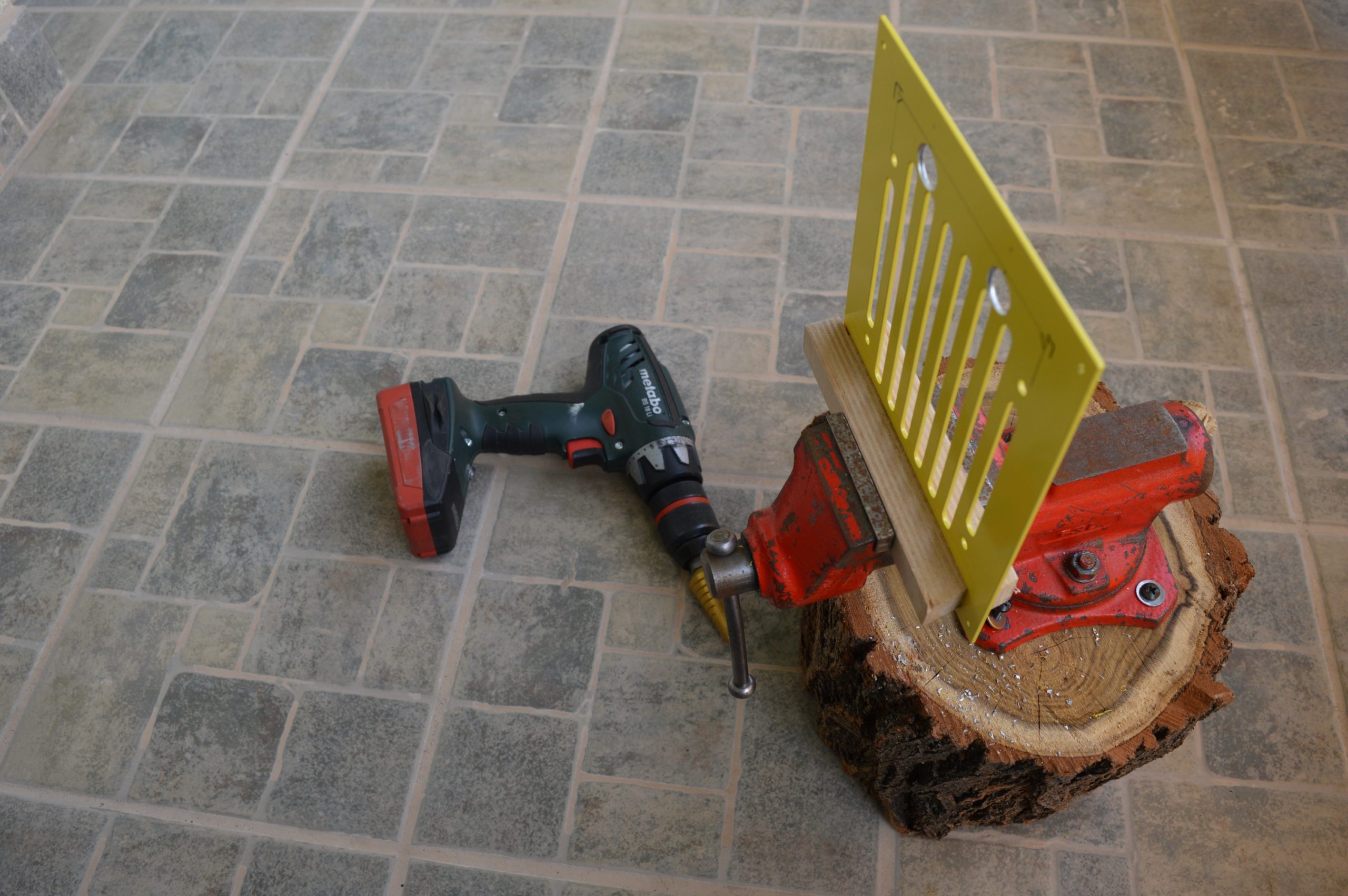 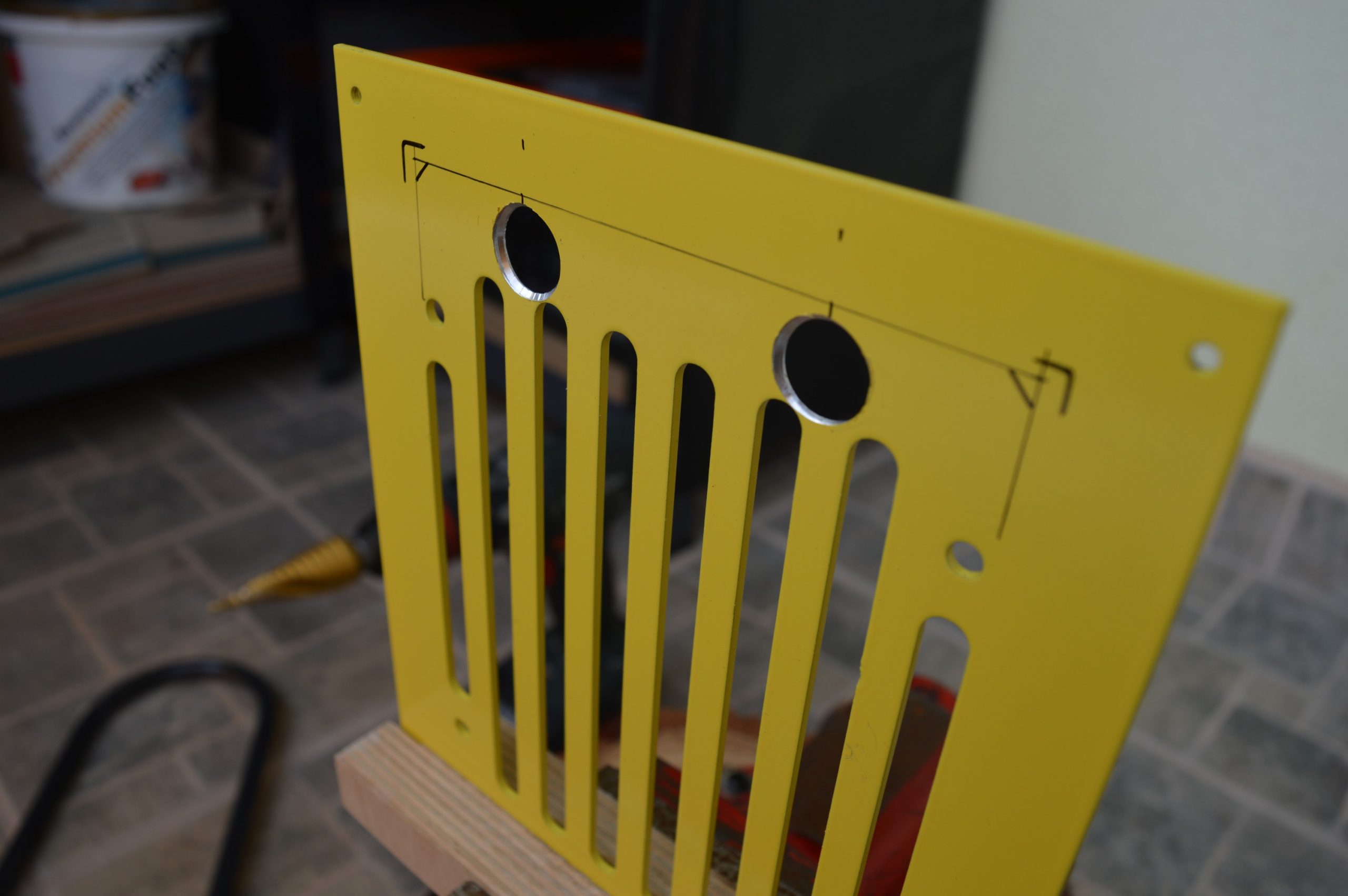 As AIOs are a ready to go system and thus it is not advised to pull apart the tubing. So the sidepanel which the radiator goes on had to be modified. I cut out the fins between the cut outs for two reasosns: first to let more air get through to the radiator from the fan and secondly to get the block trough the panel without the tubing beeing visible from the outside. After measurements I made two more cuts to accomodate the tubing and the modded side panel was ready.

Assembling the case was not an easy task as the tubing was rather non flexible but still I managed to fit everything nice and neat. Temeperatures hover arund room temp in idle while the fan beeing inaudible. Under load I started to hear some fan noise but nothing serious or disturbing and the temps were never gone past 50 C. Keep in mind that this slim 120mm fan has a relatively low CFM compared to the thicker ones.

On the pictures you can see that I mounted a Cryorig XT140 slim case fan to cool the graphics card. For this I simply took off the stock cooler from the GPU and got an adapter cable to convert the mini gpu molex to the standard 4pin fan molex. After some testing although I had to find out that neither the cooling nor the noise was better than with the stock cooler so I decided to just go back to the stock. In my opinion the lack of cooling performance came form the design of the fins. The large 140mm fan just kept pushing air downwards on them and there was no fast airflow pushing tough them like with the smaller fan. This resulted in hot air beeing stuck between the fins and eventual thermal throttling.

I do believe that with an aftermarket cooler and with a huge fan like this some superb thermals and quietness could be reached so stay tuned for that one!

Also the mounting bracket for the block woud not fit due to some components on the under side of the motherboard. I have no idea if ASUS did not leave enough clearance or Cooler Master forgot about it. So I used some standard M3 screws instead which worked just fine.

Even though the project is a succes I still think that air coolers are just as good and perform kind of the same as this AIO without using more space than necessary. I can see hihg TDP chips or even over clocked ones beeing cooled like this with a better and more cool looking AIO to keep everything at desired temperatures though!

In conclusion I am certain that even 140mm radiators would fit just as well as the 120mm since most of them are just a tiny bit bigger. The only struggle in the project was to find adequate screws as the ones that came with the AIO are for 25mm thick fans and as such they were too long for the build. So to do the math fast, 15mm fan + 2mm side panel + ~5mm thread in the radiator adds up to roughly 22mm or 7/8 inch. And also the thread is not metric, it is UNC 6-32.