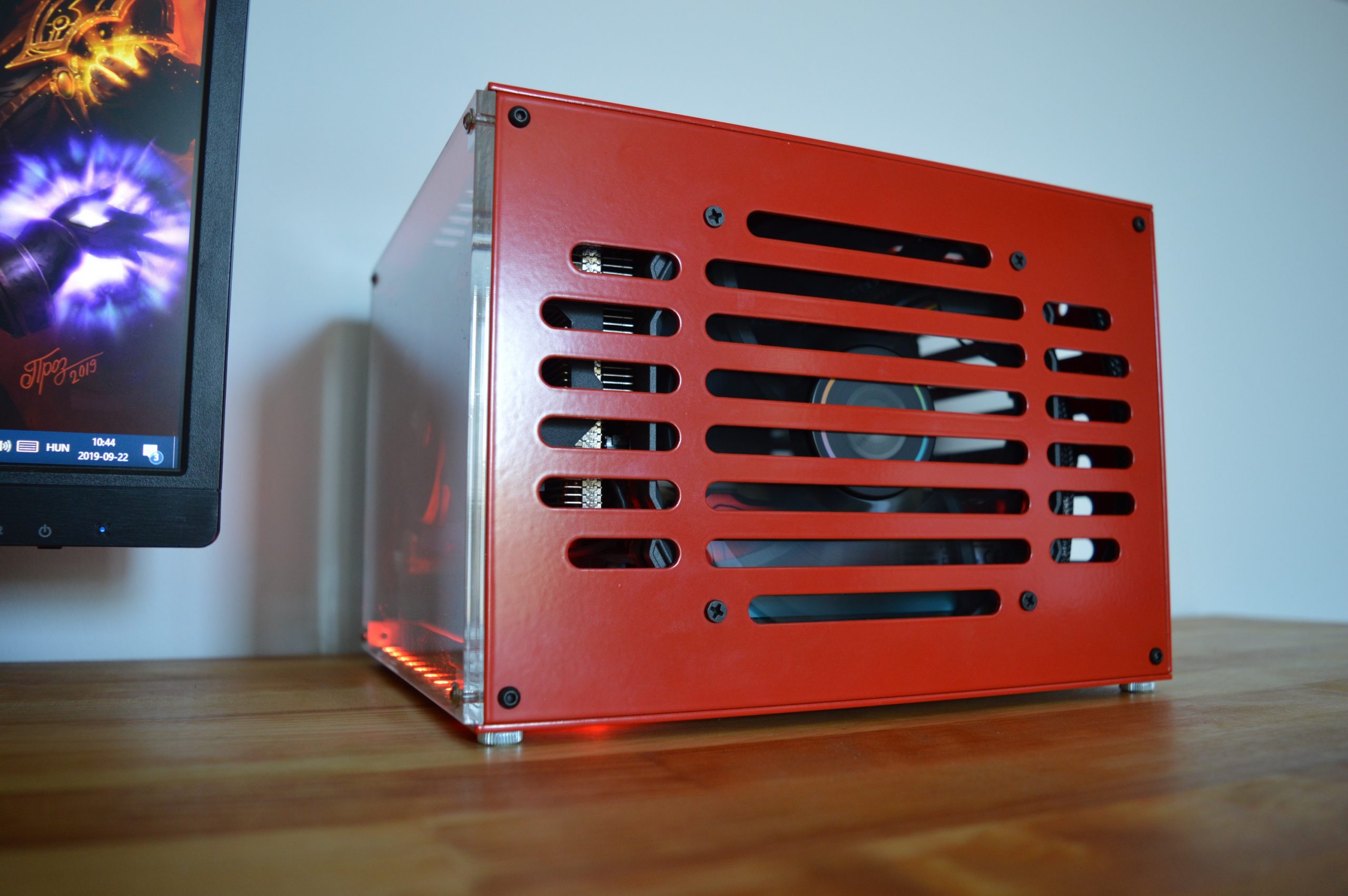 The last missing piece from my collection of Intel based ITX PCs from the -kind of- monopol era of the company is the 2nd generation or Sandy Bridge architecture.
Back then ITX boards were available of course but finding one today was not an easy task. This is the reason why this build log came together a bit later than the rest.

I was checking the used hardware marketplaces over and over again in the last few months and finally I managed to find a Gigabyte H61M-USB3 in semi-perfect condition. The chipset is nothing fancy so no overclocking but since I wanted to use an i7 2600 anyway it is no issue.

As with the other 1155 (Ivy Bridge water-cooled) build I wanted something useful out of this one as well. The old i7 still packs a punch even by today’s standard and I wanted to pair it with a card that is somewhat unique in style and layout and since this is a backup/demo build I wanted to go with something cheaper.
After a quick search I have learned about the Gigabyte Windforce GTX 960 OC ITX version. This card is awesome, being so tiny yet it has a double fan cooling design! I knew I had to get one to use it in this build as it is a good match for the old i7 and also perfect opportunity to showcase yet another GPU setup in the HUMBLE.

Regarding the memory, I just happened to have some leftover DDR3. They are a beautiful Red HyperX Savage kit @ 1600Mhz with CL9.

As can be seen on the photos I started with the Scythe Big Shuriken 2 CPU cooler, but due to the layout of the motherboard I could not use it as it interfered with the PCI-e slot. The only cooler I had access to was the Noctua NH-L9i so I went with that. Needless to say it works well and does it quietly although can not really handle the 95W CPU when at full load.

The build process went as smooth as always except the PSU. The unit I used was an FSP with 450W and 80+ Bronze rated. I have no idea where I got this PSU from but it must be from a brand PC as it had some non standard cables and the 24 pin ATX connector was way shorter than on a regular SFX unit.
Testing it barebone though I quickly fell in love with it as it was so quiet even under load that I just could not let it go to waste.
So modding time it was..

After disassembling the unit I desoldered the cable with the weird connector and also the SATA power and the GPU power cables. Reason being, they were too ugly and stiff. As replacement cables I used some leftover cables from many modular units. They are slim and all black and they look much better. Cleaned out the unit and put it together.

You can see on the photos that I am using a PCI power connector adapter. This is a simple 180 degree adapter with a slim design that helps when the PSU’s PCI power connector is standing too tall plugged in the GPU causing the top panel to not fit on the case.

With this adapter I could neatly manage the PCI power cable.

After finishing the build I wanted to spice up this fiery red HUMBLE so I replaced the GPU side panel with a clear plexi one and throw in a piece of LED strip with a simple controller right under the GPU. This time I left the edges clean, no sanding so the edges wont light up when the LEDs do.

In the end I am very pleased with the finished build. It looks stunning how the plexi glass side panel showcases this beautiful GPU and it is surprisingly a way more usable rig than I thought it would be.