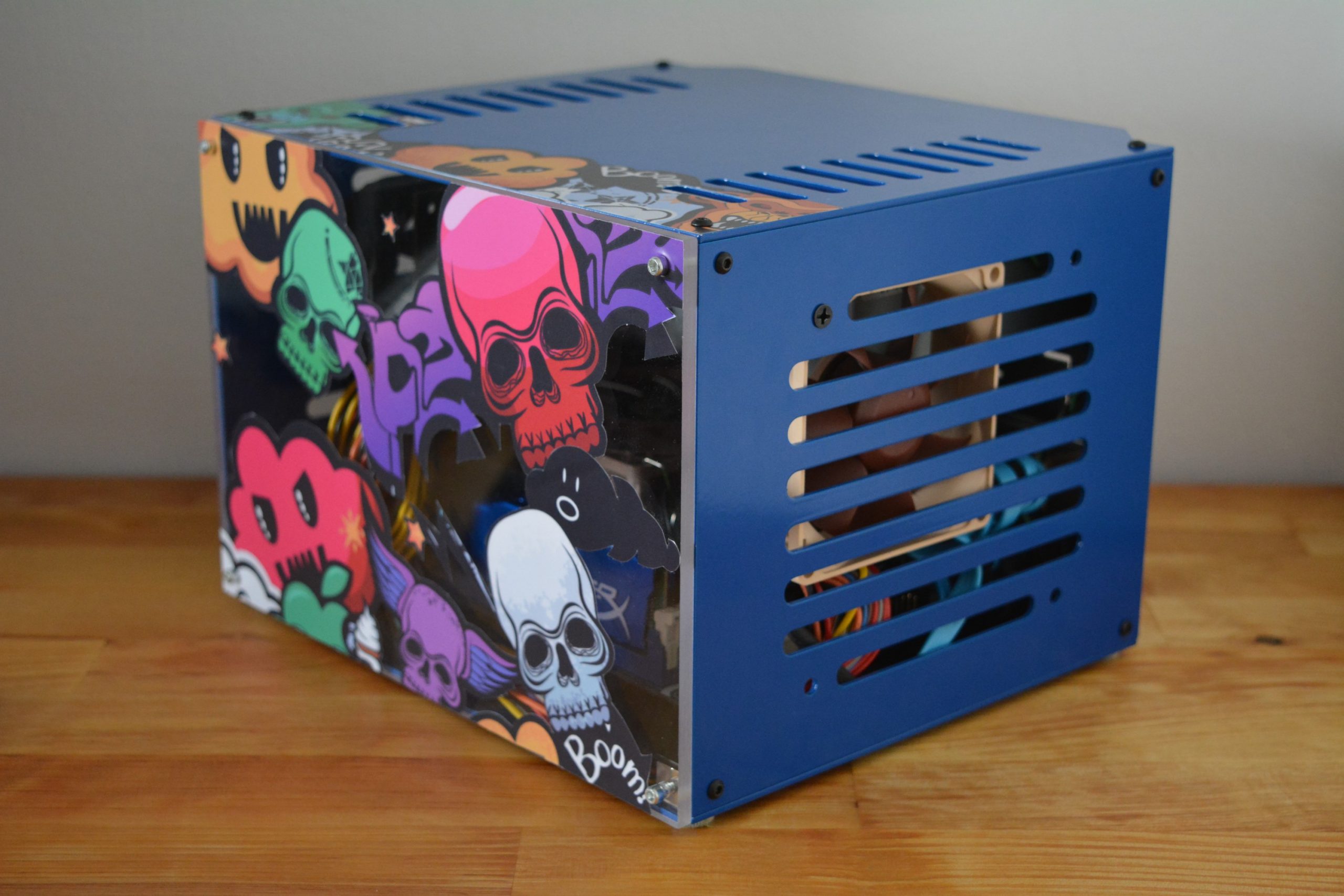 We often get together with our friends for some gaming nights and they always bring with them office laptops or big desktop towers to game on.
Since I have a bunch of mini PCs (some of the HUMBLE demo builds) I wanted to put them to use so my friends don’t have to bring with them anything except some drinks and snacks!

The gen 2 and 3 builds are pretty strog with the i7 and i5 in them. Accompanied with the GTX 960 and R9 380 they are good enough for 1080p gaming sessions.
The first gen build has a 750Ti in it but I paired it with an i3 that time becouse thats what I had.
For this gaming night I needed this PC on the front line so I got an i7, namely the 870 for this one as well.
Together with the 750Ti they are going to be more than enough for the job.
Only problem I did not think about was the fact that this chip has a 95W TDP. And even in idle it gets hot under the little ID-Cooling IS40.
I did not want to get another cooler just for these occasions so I improvised and the result came out to be yet another example of the flexibility of the HUMBLE case.

The IS-40V3 needed more fresh air and although I did not have any slim fans laying around I did have a Noctua 80mm regular thickness fan. The now dated and non PWM model: NF-R8
Since the motherboard tray of the HUMBLE does not support fans thicker than 16mm I had to mount it the way it does not interfere with the motherboard.
There is enough space to mount fans with regular 25mm thickness on the top part of the side panel as long as they don’t get in the way of the motherbard so thats what I did.
It works flawlessly. The little IS-40V3 have a tonn of fresh air now and has no issues whatsoever dealing with the 870.

I also needed new RAM as the 2x2GB was just simply not enough. Two sticks of 4GB HyperX Fury with a case-matching Blue color worked pretty well though and gave the build some really nice stats for a 10 year old machine.

To spice up the case a little for the crazy nights we got when LAN parties happen I replaced the front panel with a piece of plexiglass and put on a sheet of self adhesieve sticker.

With that done, now I have another little beast I can share with friends to game on when needed!


Below you can find the shots of the build process.