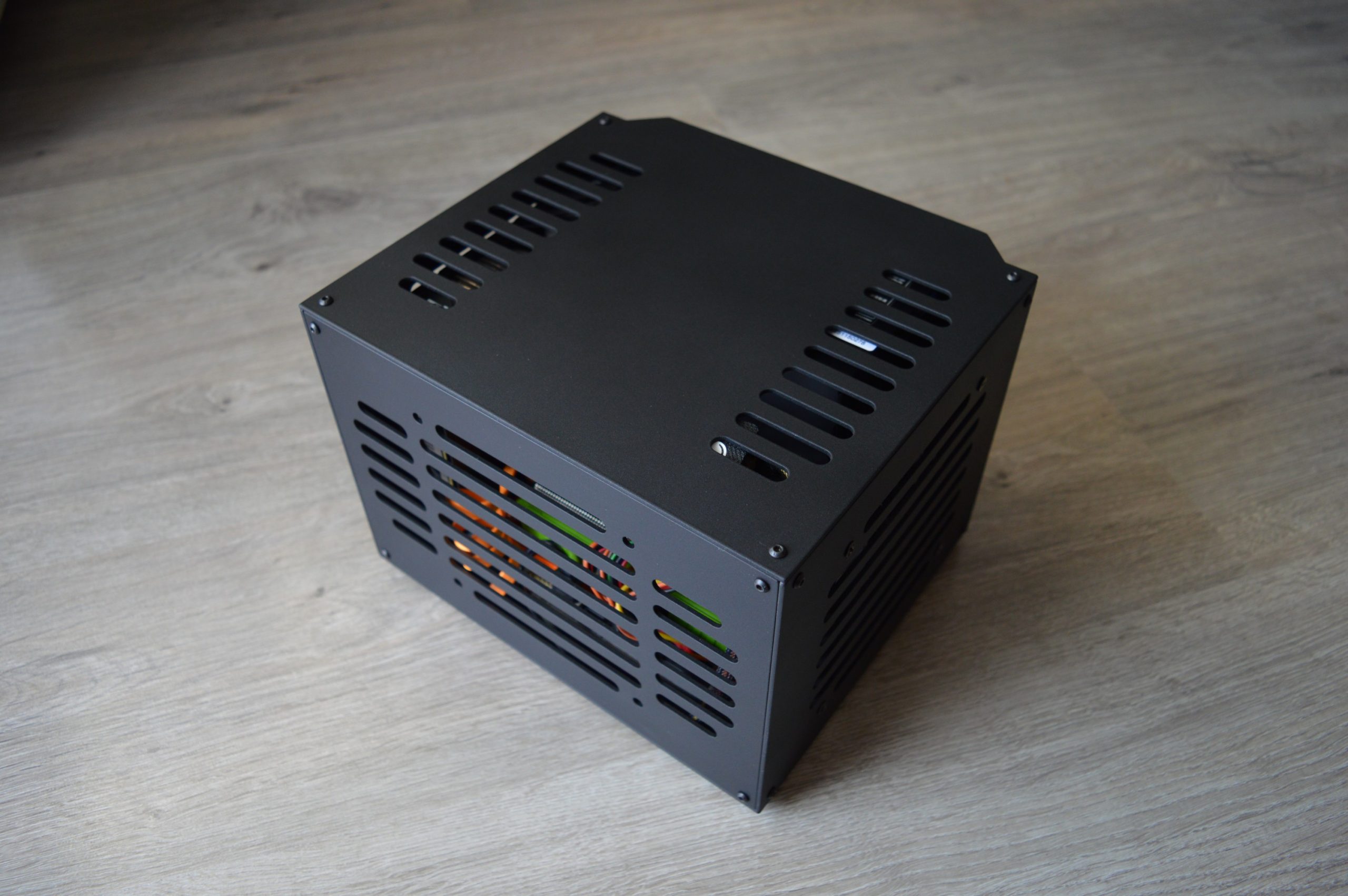 Yes. This is one of those builds when friends ask me to build them a gaming PC in the HUMBLE but the budget is a quarter of a “today’s” gaming PC.

Well, I can not say no to friends and I also can not say no to PC building. More over I am definetly unable to say no to a HUMBLE build no matter the hardware! So this one here is a pretty regular one apart from a few things.
Almost all the parts are leftover ones from years past and there is nothing new in here.

Parts first. The rig was ment to play World of Warcraft classic on a 1080p monitor. 60 FPS was the target as the monitor is only 60Hz anyway. Since the requirements somewhat low – at least as low as the budget – used and dated parts was the only route to take. So this is yet another Haswell build but the parts are somewhat quality and actually are working really great together in the HUMBLE.

Gigabyte’s Phoneix 1150 board was a solid choice back then and it holds up quiet well today as well. Pairing it with an i7-4770S becouse the turbo clocks are decent, almsot as good as the non S version, TDP is lower which translates to lower temps and last but not least the price was right.

8 gigs of your regular Vengeance memory at 1600MHz is the way to go when budget is in question. Too bad what I had laying around was a green set of 2x4GB CL9 modules and as such are not really a matching kit for the orange Phoenix motherboard..

There were no storage requirement other than be it a SSD so I did not think about it too much. The motherboard has a M.2 slot so I snapped a 250GB SSD in there. This alone could have been enough but wanted to fill the space under the motherboard tray so I grabbed another SSD and a HDD. The SSD is just a small 120GB drive to keep WoW classic on it. The HDD is a 7200RPM Hitachi drive. It is an old kid with only 320GB capacity but it is relatively fast for a HDD and nearly silent. The system will use this as a rar-cache and download target to not ware out the SSDs.

Cooling the 4770S is not particulary challenging. Thankfully I could find a dirt cheap Big Shuriken 2 and I thought it is a no brainer. I love this cooler. It is silent and cools really well. Also the PSU is a regular SFX and not the SFX-L which means even though the cooler is somewhat tall and leaves not much room between the PSU and itself, due to the regular SFX length it has a lot of room breathing fresh air.
But just to be sure the system got an Akasa 120m slim side intake fan.

The gaming end of the build is the famed GTX970. This ITX version from ASUS has the DirectCU Mini cooler on it which fits the HUMBLE’s exhaust system like a glove. I love this design and have no idead why dont’t they make this anymore. The GM204 GPU is rated at 148 Watts TDP and this cooler just makes an awesome work on it. While beeing relatively silent. Comapring my Gigabyte 2060 mini to this one, well the 2060 is a jet engine.

The performance of the card for 1080p gaming is great to be honest. For the money I got it for it was a must have and still has a number of years worth of gaming in it and has no problem with WoW Classic @60FPS on 1080p whatsoever.

You may notice on the pictures that the color of this HUMBLE is not your regular matte black. It is actually but it is a spray painted matte black. The original matte black powder coating got a little scratchy while beeing disassembled and neglected in the bottom of a drawer I use regularly to store parts in.
So I grabbed one of my best can of spray paint and gave some love to the panels. I can not say this enough but the original powder coating is an excellent base for a respray if you somehow got it damaged like I did. Very easy to work with and the spray sticks to it exceptionally well. Just a quick 250 grit sanding and you are ready to go.

The build came out lovely actually and I might say it works even better than most pre built stuff today while beeing sub 7L in a unique HUMBLE SFF case.