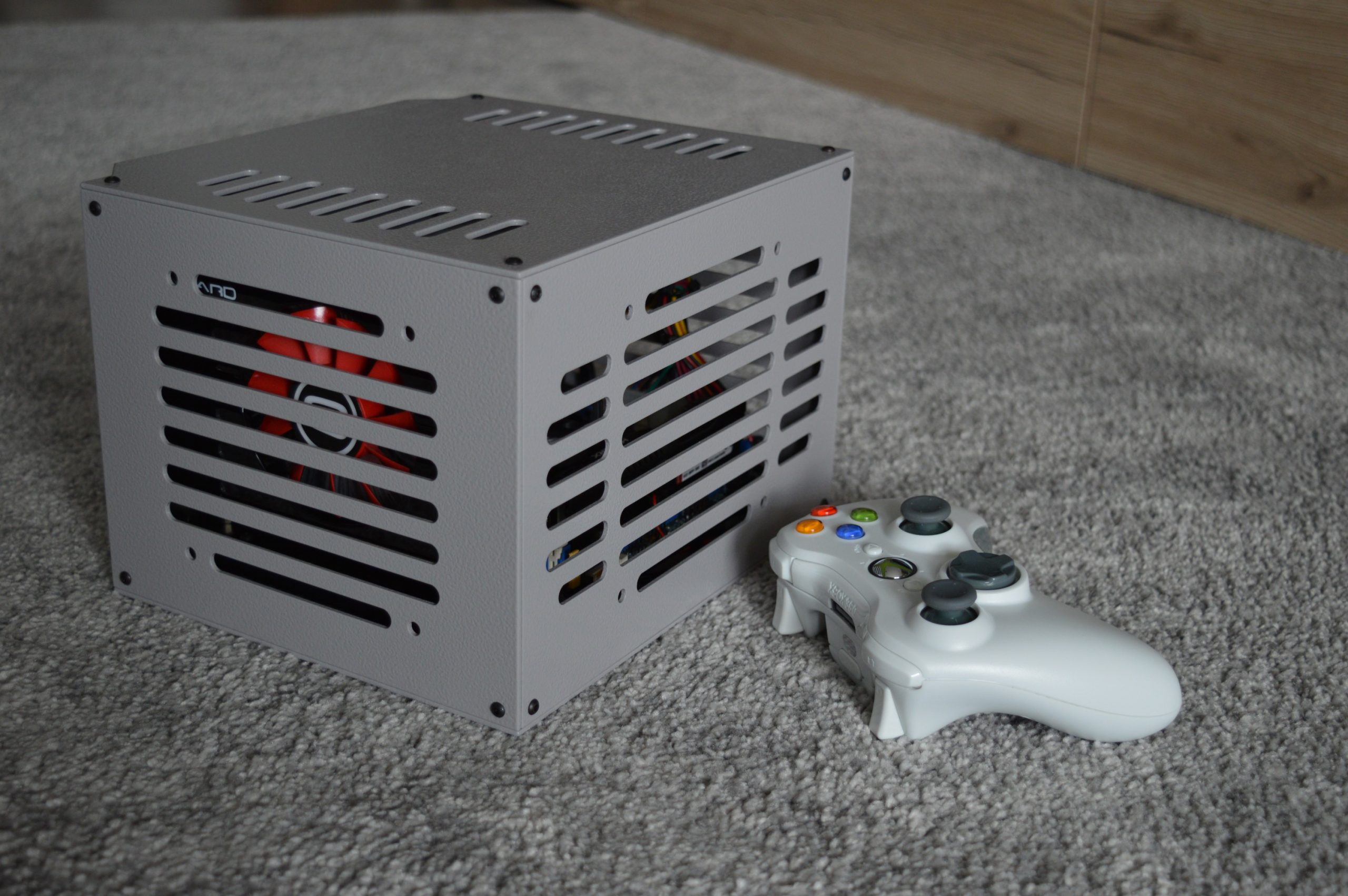 This log right here is yet another inland order who’s goal was to have a very-very low budget ‘internet’ PC for his parents who live on the countryside and who wanted to have it in a beautiful light gray HUMBLE case.

As the hardware is so dated in this one I did not really want to document the build process itself but rather have a photoshoot of the finished product as the finish on the case is something that no other case has.

Most of the hardware comes from an old pre-built ITX brand PC which in itself is not a bad thing but needed some expansion to really make it useable by today’s standards.
The motherboard is an old H61 chipset ITX board with a i5 2390T inside. It is a 2 core 4 thread processor with a 35 TDP and a 3.50 GHz Turbo clock! This means cooling it will be no issue at all while still having enough threads and decent clocks for light to medium workloads.
Paired all this with a regular 120GB SATA SSD for OS and 2×4 GB HyperX Black DDR3.
Powered the whole build with the original 250 W SFX PSU from FSP, a 80+ bronze unit that came with the pre-built PC which should be far more than enough.

In itslef this should be enough for what was the original plan for the PC but the build and the case felt empty without a GPU. Also it can’t hurt to have a HDMI 2.0 out in the age of 4k TVs. Maybe this will become a media PC one day.
There are a number of candidates for GPUs that are relatively cheap like an old GTX 670 or 950. But had to keep the PSU in mind so we needed something new-ish.

The GTX 1050 (non Ti) is a perfect solution to our needs as it does not require external power which means it can only draw 75 W from the PCI-e socket max.
Gainward’s 2gb ITX version fits the bill perfectly finishing up the build and giving the system some medium gaming power as well!

The color of choice here is a really pretty one! It is a hard textured very light gray finish that no other HUMBLE has yet!
The build process itself was pretty straightforward and the final product looks stunning.

Below you can find the photos of the case and the finished build in different lights and different angels.